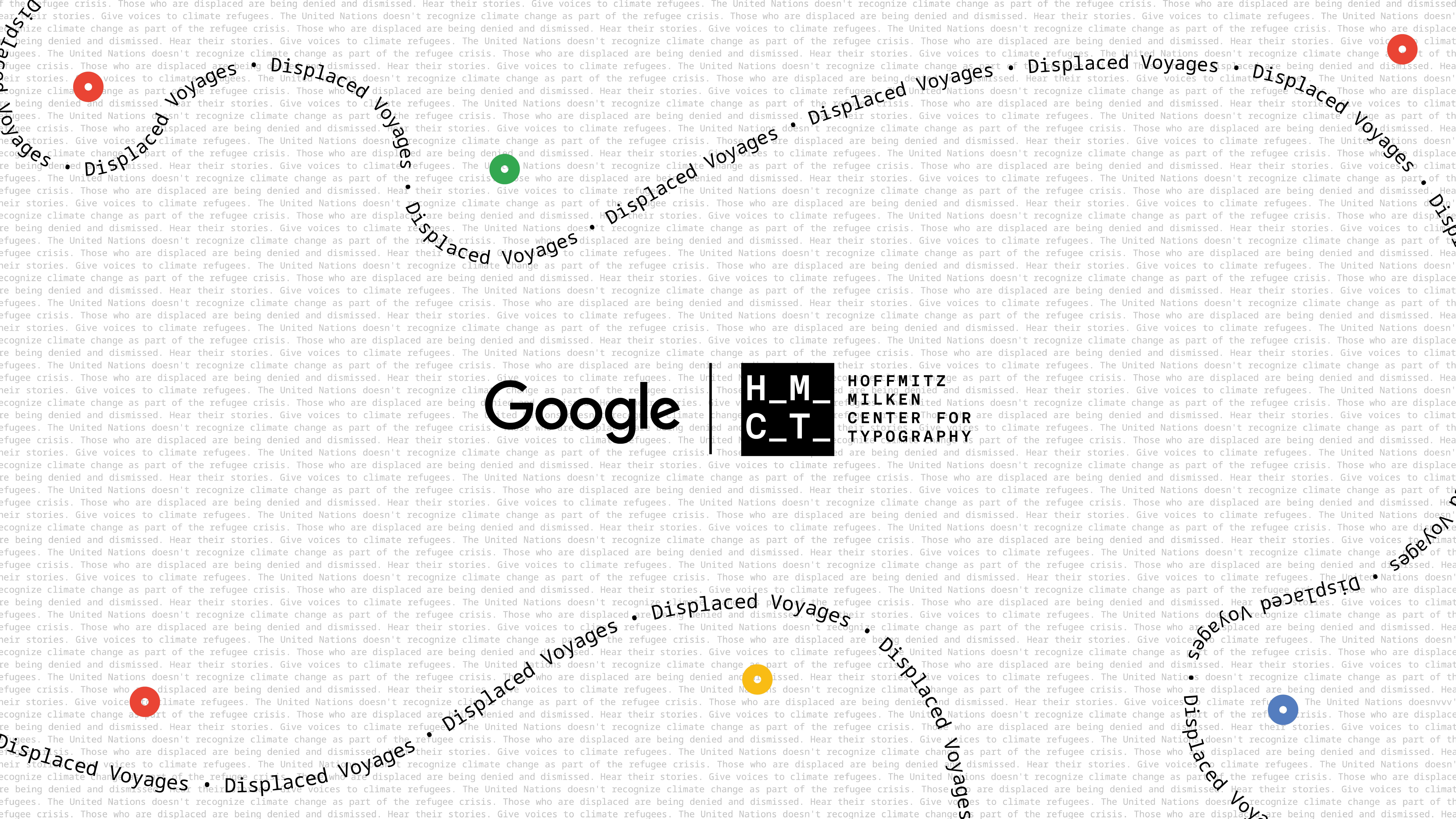 In honor of World Refugee Day, Google and Hoffmitz Hilken Center for Typography have teamed up to give a voice to refugees who have been ignored by the global stage. The campaign leads a virtual experience that will allow people to urge their UN ambassador to pursue an amendment to article 14 of the United Nations Universal Declaration of Human Rights. It's time for climate refugees to be recognized.

Article 14 of the United Nation's Universal Declaration of Human Rights states, "Everyone has the right to seek and enjoy in other countries asylum from persecution." However, not all refugees are fleeing persecution. Many are fleeing the harsh effects of climate change.

Climate refugees are forced to migrate due to the harsh effects of climate change, including increasingly extreme weather events, lack of access to food and water, and rising sea levels that can flood entire villages. And yet these people—1.2 billion people—are not officially recognized as refugees under Article 14 of the United Nations' Universal Declaration of Human Rights because they are not fleeing persecution. Their stories remain overlooked, and they are left to fend for themselves.

Create a typographically-led campaign based upon or expanding the Articles of the UDHR as a call to action of awareness.

How might we persuade the United Nations General Assembly to amend Article 14 of the Universal Declaration of Human Rights so that it protects the right to seek asylum from climate change?

Displaced Voyages is an interactive campaign from Google x HMCT that aims to increase awareness of the challenges climate refugees face while also highlighting the role that design can play in facilitating their acceptance in greater numbers on a global stage.

Refugees seeking asylum already face great difficulties in their attempts to find safety and stability. Refugees from climate change battle doubt and illegitimacy though they’ve been forced out of their homes due to the increasingly pervasive effects of our changing environment.

Our campaign sheds light on this issue to increase the sense of urgency for those with change-making power on the global stage. By pushing for a more inclusive definition of refugee and sharing stories from real people, we will influence host nations towards the acceptance of asylum seekers in greater numbers.

BACK TO TOPNEXT PROJECT